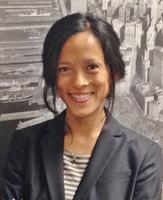 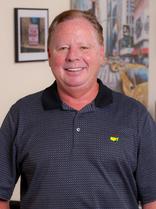 Tony brings over 20 years of real estate and redevelopment experience to the team. He worked most recently as a Senior Property Manager for Winn Residential and spent the 15 preceding years at the City of New York’s Department of Housing Preservation and Development (HPD). As HPD’s Deputy Director of Neighborhood Homes and Neighborhood Redevelopment, he oversaw several homeownership and multi-family affordable housing programs, including the redevelopment of 400-800 affordable housing units annually and multiple affordable housing tax credit deals across the five boroughs. Tony holds a Bachelor of Science from Virginia Commonwealth University and is a licensed real estate agent in the State of New York. 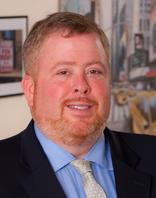 Tiana has approached housing and community services from a number of angles. Most recently, she implemented neighborhood-based planning initiatives and community food programs at Isles, Inc. in Trenton, NJ. She also spent three years as a litigation case manager and legal assistant at Cravath Swaine & Moore LLP, where she helped coordinate the firm’s pro bono program with the Children’s Hospital at Montefiore. Her interest in integrated services and community development are rooted in her experiences working at the Legal Aid Society, Department of Housing Preservation and Development, and Southwest Housing Solutions in Detroit, MI. She holds a Master in Public Affairs from Princeton University and a Bachelor of Arts from New York University.

John has a diverse background with over 25 years of experience in housing, government and finance in a variety of capacities. Prior to founding Workforce Housing Group, John was the Executive Director of JPMorgan Chase’s municipal housing finance group, which he was hired to start in 2007.

Prior to joining JPMorganChase, John was the Executive Vice President of the New York City Housing Development Corporation (HDC) from 2004 to 2007.  HDC was the nation’s leading issuer of affordable housing bonds during two of his three years at HDC.  Prior to joining HDC, John was Mayor Bloomberg’s Director of City Legislative Affairs.  In that position, he was responsible for passage of New York City’s $50 Billion budget as well as the smoking ban, tort reform, land use actions, and countless other matters before the City Council. Between 1996 and 2002, before he joined the Bloomberg administration, John held a variety of financial management positions at MCI, Paine Webber, Winstar and Verizon. 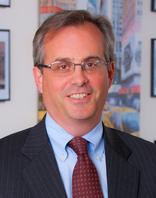 John has spent a career quantifying and managing risk relating to a wide variety of investment opportunities in order to properly price their expected outcomes. He started his career as a member of the New York Futures Exchange in 1985 trading Stock Index Futures. In 1988, he became a member of the New York Mercantile Exchange (NYMEX) trading Crude Oil futures and later Natural Gas Futures during the most volatile period in NYMEX’s history.

John has been a civic leader in his local community. He has served as a Board Member at the Westbury Friends School and has taught English as a second language through a Long Island-based literacy program. He is a proud Eagle Scout. Since 2005 John and his family have been committed to assisting veterans, hosting injured soldiers and their families through a Rockaway Beach organization which aids in the soldiers' recovery through water sports, challenges, and coordinating events with Disabled Sports USA. John graduated from Pace University with a Bachelor in Business Administration. John is a Certified Public Accountant and practiced in the NY area prior to joining the exchange. 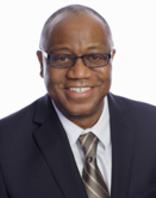 John had a long public sector career before co-founding Workforce Housing Group. He served for 20 years at the City of New York's Department of Housing Preservation and Development (HPD), the last seven as First Deputy Commissioner. In that role, he was Chief Operating Officer of a 2,700-person, $1 billion annual budget organization, the largest municipal housing agency in the nation.

Although John worked on a wide range of initiatives at HPD, he managed multifamily properties for virtually his entire tenure at the agency. He supervised the City’s Mitchell Lama and Asset Management portfolio for a ten year period. During this time, he oversaw approximately 60,000 Mitchell Lama cooperative and rental units and grew the City’s Asset Management portfolio to approximately 40,000 units that were renovated and conveyed to local not-for-profit and for-profit companies under Regulatory Agreements requiring the City's ongoing oversight and approval. In addition, John managed the City’s Code. Enforcement efforts for eight years. He worked to ensure that the city’s private housing stock complied with City and State regulations and collaborated with elected officials and housing advocates to improve enforcement through a series of new programs. John has also served as an adjunct lecturer in the School of Public Affairs at Baruch College. He has a Bachelor of Arts and a Master of City Planning from the University of Pennsylvania.

John was a Founding Member of Santa’s Angels a local not-for-profit organization that distributes gifts during the holiday season. In 2013, Governor Cuomo appointed John to serve, and the NYS Senate confirmed him, as a member of the Gaming Commission. John holds a Master in Business Administration from Columbia Business School and a Bachelor of Arts from the University of Rochester. ​In his spare time he is trying to understand further concepts around M-Theory to help explain universal causation.